Expansion of Jaffa in the 19th Century

Israel declared statehood in the house of Meir Dizengoff, the first mayor of Tel Aviv. We see many famous pictures of David Ben Gurion standing under a large picture of Theodor Herzl and surrounded by the founding fathers of our country, reading out Israel’s Declaration of Independence. 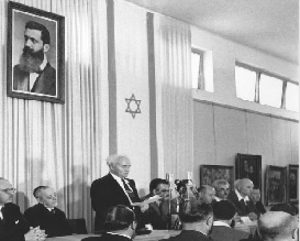 Meir Dizengoff was one of Tel Aviv’s founding fathers. He served as its leader from its establishment in 1909 and until his death in 1936 with a brief hiatus between 1925 and 1928.  When he passed away he left his house to the city of Tel Aviv. It served as a museum for many years.  Today, it serves as a museum which tells the story of the founding of the State. 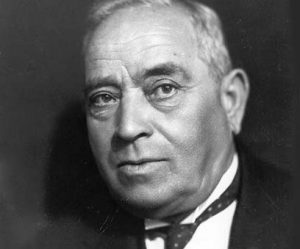 Meir Dizengoff’s house did not originally look the way it does today. Originally it was built as a small one story house with a large balcony in front.  The balcony had a balustrade built in the style of European houses. Meir Dizengoff lived in the house with his wife Tsina, until her death in 1930 and then by himself until his death in 1936.

Meir Dizengoff was an important figure to the Jews in the Land of Israel at that time. He had grand visions for the development of Tel Aviv and worked tirelessly to see them fulfilled. He was active in convincing the British to declare Tel Aviv a township in 1921 and then a city in 1934. This made Tel Aviv a legal entity, allowing her to levy taxes, take out loans for development and plan the town.  Indeed, Dizengoff was instrumental in hiring the well known town planner, Patrick Geddes, to prepare a town plan for Tel Aviv. After this town plan was completed, Dizengoff worked to get the plan passed by the city council and implemented. This was no an easy task and the implementation of this plan meant the need to confiscate land from its private owners for street, parks and public buildings.

Dizengoff was also involved in the company, Geula, which was established in Odessa with the goal of purchasing land in Palestine for the settlement of Jews. During World War 1 , when the Jews were expelled from Tel Aviv and forced to leave their homes, businesses, jobs and livelihoods and move to other settlements with no means of support, Dizengoff worked from abroad to raise money for the Jews so that they could buy grain other staples to make bread and food, thereby preventing their starvation during the war.

During the years after his death the house became a museum and a floor was added to it and whole façade of the building changed, giving it a more modern appearance.

Needless to say the house has been designated landmark status. In 2009 a special law was enacted to protect and manage the property. The law sets out that the house will be used as a museum of the nation and also of Meir Dizengoff and his accomplishments. The law sets out how this will be funded, who will manage the building, but most importantly the place of the museum – 16 Rothchild Blvd. Tel Aviv.

The walls of this house have seen a lot of history and if they could talk they would have much to tell us. It is one of the first houses of Tel Aviv.  It was the home of one of its founders and its first mayor. Many meetings of the committee that ran the neighborhood before the first world war were held there.  It was the site of many gatherings and meeting with other important people from the town.  It was one of the places where it all began. The establishment of the first Hebrew city in the world that became the largest city in Palestine at that time and the home of many of the important Jewish organizations, banks, businesses and culture. It is therefore, no surprise that it was chosen as the place in which the State of Israel would declare itself.

Today, the building is closed.  It has been placed in the tender loving care of the conservators hired to preserve and restore the building. At the completion of this work it will be open to the public again.