The Arab Riots and the Development of Tel Aviv

We are witnessing an extreme rise in the most base form of antisemitism in Europe and the United States. A parade in Belgium boasts puppets dressed as Jews with huge noses. Jewish synagogues and cemeteries are vandalized. Jews are attacked and murdered in the streets and in their synagogues.

It seems like all the floodgates have been opened and antisemitic remarks and incidents have become an accepted norm.

Many say that the answer to this is the existence of the State of Israel as a homeland for the Jewish people. But one form that this antisemitism takes is the undermining and delegitamization of Israel.

Israeli Historic Preservation is the Answer

It is therefore of utmost importance that Israel preserve its heritage sites. If we are to combat the delegitimization of Israel in the world we need to start in our own back yard.  In Israel.

What is a heritage site? It is not just an archaeological site, and Israel has plenty of those. It can be neighborhoods and buildings built in the modern era.

It is a place where an historic event took place, like the house of Meir Dizengoff where Israel was declared a state. 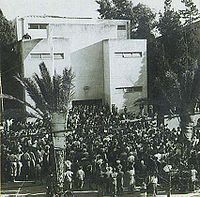 It could be a neighborhood formed by Jews leaving the confines of the old city of Jaffa and Jerusalem, such as Neve Zedek in Tel Aviv and Nachalat Hashiva in Jerusalem which shows how the built heritage of Israel developed over the years before and after Israel became a state. 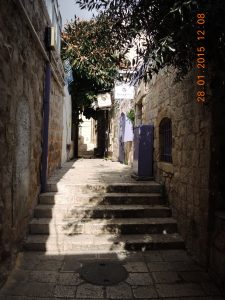 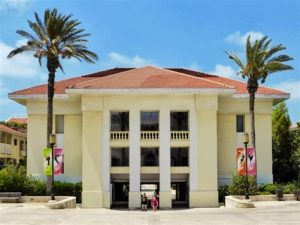 It can be the the special layout and plan of central buildings of a kibbutz, a form of agricultural settlement unique to Israel, such as the avenue of palm trees in the center of Kibbutz Ein Shemer shown below. This plan is seen in many kibbutzim throughout Israel. It can be a building that was built in a special style, like the buildings built in the International Style in Tel Aviv, and other cities in Israel. 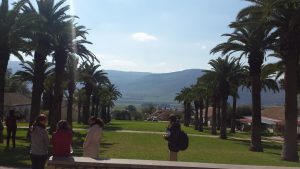 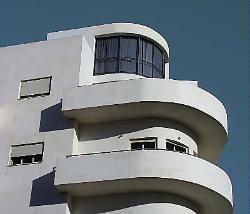 It can be a building built with special materials, like the silicate bricks produced in Tel Aviv in the 1920’s or by a special technology, such as the historical train stations built during the Ottoman Period such as the Haifa train station built in 1905 when the Hijaz Railroad was built. The Hijaz Railroad went from Haifa to Damascus and on to Medina in Saudi Arabia. The final section of the railroad line was to reach Mecca but it was never finished. 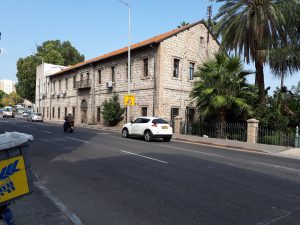 Heritage sites show us what went before and how Israel got to where it is today.

The above are just a few examples that show how the modern State of Israel was formed and established and the trials and tribulations it went through to get to where it is today.

By preserving Israel’s history and heritage through these sites, Israel shows the world that no matter how cruel and anti semitic it is, the Israelis are proud of their achievements, especially those leading up to the establishment of the state.

Let’s face it, the world never thought Israel would be established or that it would survive all the hate that surrounds it. But it has. 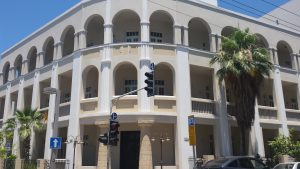