The American Colony of Jaffa 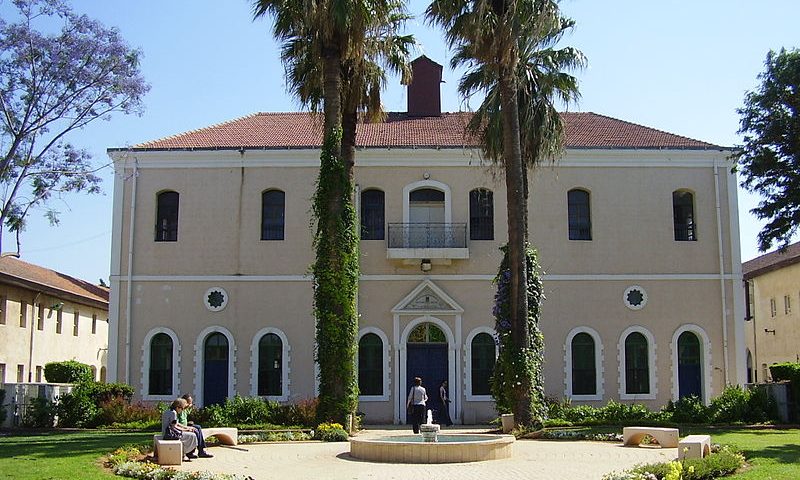 Mikveh Yisrael, founded in March 1870, is thought to be the beginning of the agricultural settlements in the Land of Israel. It will be celebrating its 150th anniversary in the spring of 2020.

The First Aliyot after Mikveh Yisrael

I never understood why people feel the need to number everything. I guess it is because everyone wants to be the first and to take credit for a successful idea.

This is true of the “aliyot” (the groups of Jews who began to immigrate to the land of Israel in the 19th century). We are taught that the first “aliya” came in 1882 and then the second aliya came in 1904-1914. After that came the third aliya right after World War 1 from 1919 to 1923. After that is the fourth aliya and so on and so forth.

But anyone who knows the history of Israel and of the various Zionist movements knows that the aliyot of the nineteenth century began before 1882. Every settlement has its own unique story.

Zionist Movements in the 19th Century

In the eighteenth century there were aliyot of Chasidim to the land of Israel. In the nineteenth century there was a steady flow of Jews from North Africa and the Balkans who settled in the land of Israel. It is not my goal now to document all those endeavors but rather to bring the story of the first Jewish agricultural settlement: Mikveh Yisrael.

Mikveh Yisrael is an agricultural school that was founded in 1870 by the French company “Alliance Israelite Universalle” (in Hebrew – “Kol Yisrael Chaverim”). Alliance, which was founded in 1860 was responsible for the founding of many Jewish schools in many parts of the world, including Jerusalem, Haifa and Zfat. One of its founders was Adolph Cremia.

The driving force behind the school’s establishment was one of the founders of Alliance – Karl Netter. Karl Netter traveled to the land of Israel in 1869. He toured all the Jewish settlements, spoke to the people and listened to their concerns and wishes.

He came to the conclusion that the Jews living in the Land of Israel wanted to support themselves by working the land. He also knew that the situation of the Jews in Europe, especially eastern Europe was dire and that a solution had to be found whereby those Jews would leave those lands where they were persecuted. 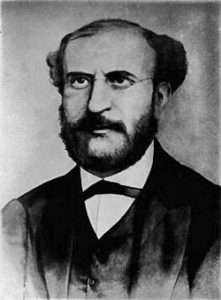 The Founding of Mikveh Yisrael

Karl Netter obtained the consent of Alliance and the support of some wealthy Jews in France, England and the U.S.A. and the consent of the Ottoman Sultan (since the Land of Israel was part of the Ottoman Empire at that time). The Sultan allotted the school about 3000 dunams of land located near Jaffa, adjacent to the village of “Yazur”.

Karl Netter encountered many difficulties in setting up the school. The Arab neighbors were hostile and presented many problems. The Jews did not want to send their children to the school. Money was scarce due to a war in Europe at that time.

However, Karl Netter persisted, living in a cave for the first year of the school’s existence. However, slowly over the years the school thrived, building a campus that stands today with a synagogue, classrooms, offices, living quarters for the teachers and more.

As the years passed more and more students, children from moshavot, moshavim and kibbutzim, came to Mikveh Yisrael to learn agriculture. Over time, new discoveries in agriculture and botany were made at the school.

Important historic events took place at the school. In 1898, the German Kaiser passed by the school’s gates on his way to Jerusalem. At the gate of the school he met Theodor Herzl waiting for him to discuss the possibility of his speaking to the Sultan in favor of a Jewish State in the Land of Israel. 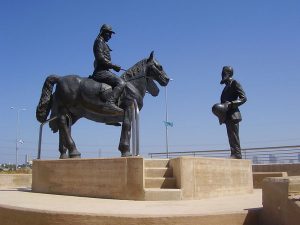 Meeting of Herzl and the German Keiser 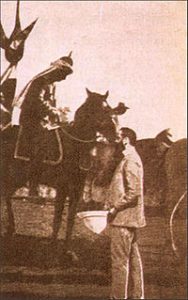 It is no surprise that many of the nation’s leaders feel that Mikveh Yisrael played a pivotal role in the establishment of the State of Israel. Herzl said that the Jewish State was established in Basil, Switzerland at the first World Zionist Congress in 1897. Others, such as David Ben Gurion (Israel’s first prime minister) believed that the Jewish state was founded in Mikveh Yisrael back in 1870.

Where is Mikveh Yisrael?

Mikveh Yisrael is located between the city of Holon, the town of Azur and Southern Tel Aviv. This makes its lands, which are agricultural lands framed by the school, very valuable. The old adage pertaining to real estate value “location, location, location” really rings true here.

Due to the high value of these lands, and talks about moving the school to another location so that its lands could be turned into residential buildings and commercial centers it became apparent that the general laws in place at the time that governed historical sites were not enough to prevent the demolition of Mikveh Yisrael as we know it and have always known it.

Therefore in 1976 a special law was enacted by the Knesset to protect Mikveh Yisrael as an agricultural school and to protect its lands from real estate sharks.

This law prevents the sale, transfer change of land use and development of the land of the school Mikveh Yisrael unless the idea was put forth by a minister and received the approval of three additional ministers. This law is unique to Mikveh Yisrael and it shows just how important the nation’s leaders felt the protection of this historical site and the continuation of the school as an agricultural school, is to Israel.

When reading the debates in the Knesset about the enactment of this law one can see a rare instance where all political parties were united in their belief in the importance of preserving this site. 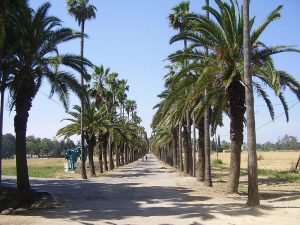 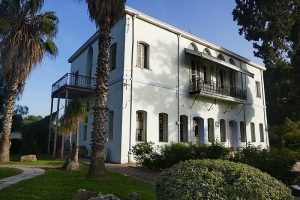