Expansion of Jaffa in the 19th Century 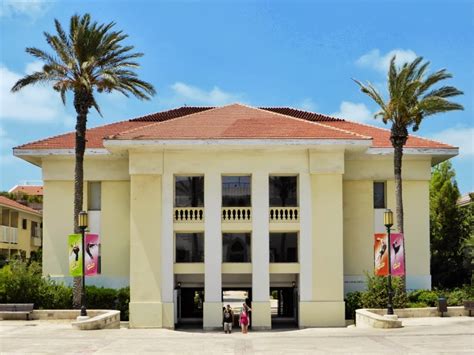 Neve Tzedek and Neve Shalom: The First Two Jewish Neighborhoods Outside of Jaffa

Shimon and Eliezer Rokach, who were merchants and public activists, founded the Ezrat Yisrael Society In the winter of 1886. This company established the subsidiary Neve Tzedek Building Company-Jaffa, which employed about 40 people. Following the purchase of some 10 dunams of land from Aharon Chelouche and his partners (at a discount, with favorable terms), a committee was elected and regulations for the construction and management of a new neighborhood were formulated.

The land was divided into 48 plots of 150 square meters each. Aharon Chelouche built the house where he later resided in the neighborhood, as well as a synagogue.  The plots were divided by lottery and each family was responsible for disposing of the sand and leveling the land that was allotted to them.

The vision was to create a neighborhood that differed significantly from what they had left behind in Jaffa.  The houses were small and aesthetically pleasing and arranged according to an orthogonal grid. The forty-eight plots were divided into three long rows of 16 plots each with one-story sandstone houses, built close to each other to form a kind of wall. The streets were six meters wide. In each elongated building, 8 small apartments of about 34 square meters each were built, and a small courtyard in front contained a  kitchen, bathroom and toilet.

The roofs were sloped and covered with shingles imported from Marseilles. Two water wells were dug in the center of the neighborhood, and then additional wells were dug in the yards of the houses. At first, the streets were not paved, and because there were no gutters or sewage system in place, they were flooded during the winter.

The first residents were homeowners from Jaffa, immigrants with meager means, and members of the Russian Hibat Zion organization. Later, teachers, students of the Gymnasium , and intellectuals joined them  Writers such as Simcha Ben Zion, Shai Agnon, Yosef Aharonovich, Deborah Baron, Yosef Haim Brenner, David Shimonovich, and Asher Barash came to live in the neighborhood.  In addition, wealthy Jews such as Aharon Chelouche, Shimon Rokach and  Haim Amzaleg built houses there.  Compared to Jaffa, the houses of Neve Tzedek looked like palaces, but compared to the nearby Templar neighborhood, they were relatively shabby.

Neve Shalom (meaning oasis of peace) was established in 1890, at the initiative of Zerah Barnett, a Lithuanian Zionist who had built a successful fur trading business in England.  In the past he had played an important role in the  establishment of the Mea Shearim neighbourhood in Jerusalem, as well as the town of Petah Tikva.

For Neve Shalom, he purchased 70 dunams of land and financed part of the construction of the houses himself. In August 1890, he transported participants to the cornerstone laying ceremony on donkeys so that they would not have to “stumble in the sand.”

The buildings of the neighbourhood were elongated, each containing fifteen apartments. At first it was difficult to find buyers for the apartments, and Zerah Barnett and his family, who had moved to Neve Shalom, were practically alone. Barnett gave one of the apartments to the rabbi of Jaffa, Naftali Hertz, as the rabbi’s wife was ill and the doctors had recommended fresh air (at the time any location outside the city of Jaffa was considered fresh air).

Additional residents followed the rabbi to the new neighbourhood, and Barnett then built another rectangular row of sandstone apartments. A stone wall erected at the back of the structure created an inner courtyard and a long corridor ran along the entire row of apartments. Synagogues, study halls, a cooking house, classrooms and workshops were also built. In 1892, between Neve Shalom and Neve Tzedek, two modern Hebrew schools were erected by the Alliance Israélite Universelle  (Kol Yisrael Haverim)–one for boys and one for girls. The boys’ school was later renovated and is today the home of the  Suzanne Dellal Centre for Dance and Theatre.

In 1906, the Haim Baruch and Spector hotels were established in Neve Shalom, and they housed new immigrants from the Second Aliyah. Five workshops were established in the neighbourhood, including Leon Stein’s metal and mechanical workshop, which operated until 1894, in addition to a carpentry, a bakery, a tile factory, a soda beverage factory and a glue factory. There were about 60 stores altogether in the neighbourhood. By 1916, the population of Neve Shalom had reached 2,234.

An important milestone was the construction of a train station on the eastern border of Manshiya, and the Jaffa-Jerusalem Railway project. The track was inaugurated on September 26, 1892. The concession for the construction of the railway was obtained by a Jerusalem business named Yosef Navon and he established a French company, Societe du Chemin de Fer Ottoman de Jaffa in 1889 to execute the project. The trip from Jaffa to Jerusalem took three hours and this train became the main means of transportation to the capital. Since there was no paved road between the new neighbourhoods and Jaffa, the 8- meter Chelouche Bridge was constructed above the valley where the tracks were laid.